Mil-tek works with many Offshore & Shipping organisations around the world, including A.P. Moller Maersk. Maersk has the largest fleet of container ships worldwide... 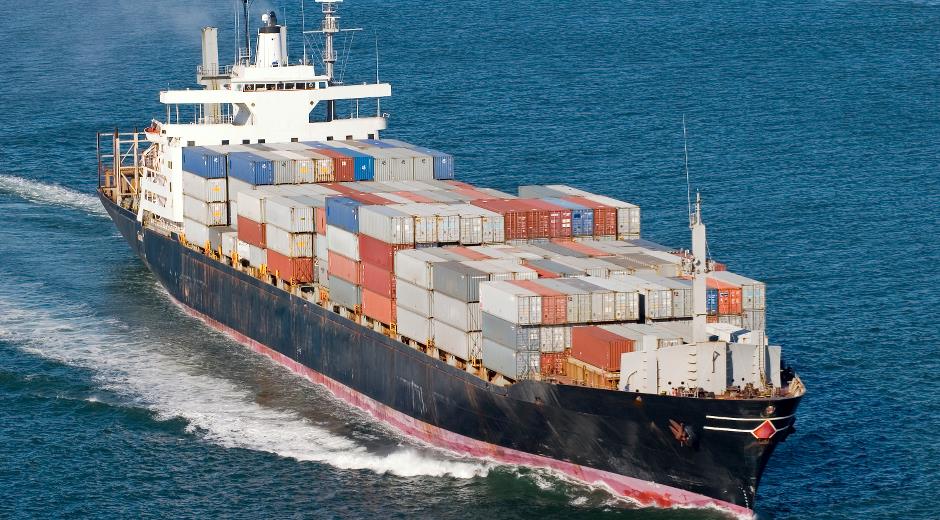 Mil-tek works with many Offshore & Shipping organisations around the world, including A.P. Moller Maersk. Maersk has the largest fleet of container ships worldwide, and since the launch of the Triple E Vessels (The Worlds’ Largest Ship), they now have the largest container vessels in the world, standing at 400 meters (1,312 ft.) long and 59 meters (194 ft.) wide. Mil-tek have already supplied the X-Press compactors to 90% of these Triple E Ships, which were produced in 2013 & 2014, as well as many other shipping vessels they have sailing all over the world.

Upwards of 95% of the shipping companies Mil-tek deal with use X-Press Compactors to compact their general waste and make this waste easier to handle and to reduce their waste costs, however, we have supplied other models on occasion. By installing our waste presses on board ships, Mil-tek are working with shipping companies like Maersk to keep waste out of the oceans, and ultimately away from Marine Wildlife. In this article, we explore the problems that face the marine environment, as well as the international laws and regulations that are in place for shipping and offshore organisations.

Marine debris is a huge problem along shorelines, coastal waters, estuaries, and oceans around the world. Marine debris can be any man-made, solid material that enters our waterways either directly (e.g., by dumping) or indirectly (e.g., washed out to sea via rivers, streams, storm drains, etc.).

The occurrence of plastics and other man-made litter in the marine environment is due solely to human activity, and can therefore be controlled by human management. Many people mistakenly believe that the only way waste can enter the ocean is, if it has been dumped there, but wind also carries a large amount of garbage to the oceans from poorly managed landfills. Waste and litter on the street can also wind up in the ocean via the weather. Our oceans sit downhill from everything and as a result, a significant amount of the waste we produce ends up there. Operational and cargo-related wastes from ships are also a source of litter in the marine environment.

The majority of waste polluting our oceans is made of plastic. Since plastic is not biodegradable, it simply keeps collecting and accumulating in oceans, lakes and rivers.

Waterborne plastic poses a serious threat to fish, seabirds, marine reptiles, and marine mammals, as well as to boats and coasts. Dumping, container spillages, litter washed into storm drains and waterways and wind-blown landfill waste all contribute to this problem.

Objects ranging from detergent bottles, plastics, hazardous medical wastes and discarded fishing line all qualify as marine debris. All this waste has to end up somewhere, and our ocean currents play a role in this too. As a result of gyres (large systems of rotating ocean currents) located in the North Pacific Ocean, a collection of plastic waste has accumulated and is now known as the “Great Pacific Garbage Patch”. It contains approximately 3.5 million tons of garbage and is twice the size of Texas. Due to the motion of this gyre, waste and other materials are unable to escape from it. Scientists have collected over 750,000 unique pieces of plastic from a single square kilometre of the patch. All of this waste on the surface prevents sunlight from reaching algae and plankton beneath it, which alters the food chain of the ocean.

Furthermore, marine litter causes ecological damage to a wide range of marine organisms, including marine mammals, birds, turtles and fish. Such damage results from: a) entanglement in litter items leading to lethal injury, drowning or starvation, and b) ingestion of plastic and other litter by many species that mistake marine debris for food. Ingested plastics, if not directly lethal, deteriorate body condition by a reduced intake of normal food, negative effects on digestion and elevated body-burdens of toxic chemicals that can ultimately end up on your plate!

For several years now, rules regulating the handling of waste on-board ship, its disposal at sea, and discharge to shore reception facilities have been in place. The most important of these are the MARPOL 73/78 Convention and the EU Directive 2000/59/EC.

The MARPOL 73/78 Convention, International Convention for the Prevention of Pollution from Ships.

According to the MARPOL Convention Annex V, discharge of waste outside of Special Areas such as the North Sea and Mediterranean is only allowed when more than 12 nautical miles from the coast. Although the dumping of all waste, except food waste, is prohibited in Special Areas, no improvement with regard to ship-source marine litter has been found in the North Sea.

THE FUTURE OF OUR SEAS

Just because you can’t see it doesn’t mean it isn’t there. Mil-tek is proud to help organisations like Maersk minimize their impact on our oceans, and to be part of the effort to improve the global marine environment by minimizing waste. But much bigger efforts are needed to stem the rising tide of a truly global problem.